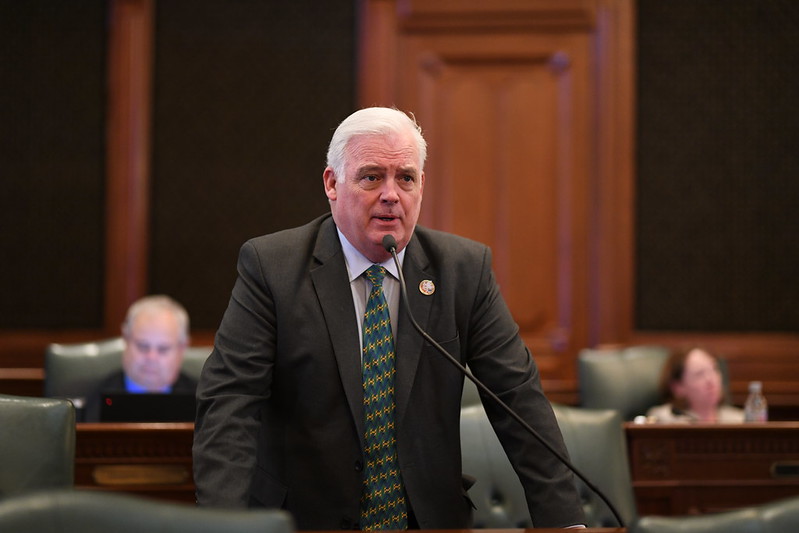 SPRINGFIELD… State Representative Martin McLaughlin (R-Barrington Hills) said, “Now is absolutely the time we start making fiscally responsible decisions for the taxpayers that allows us to do more with less.”

After straightening out the finances and fiscal position of the Village of Barrington Hills by lowering its tax levy for seven years in a row in his time as Village President, Martin McLaughlin, State Representative since 2021, has now sponsored, promoted, and passed a piece of legislation which will have a similar impact for all counties in Illinois.

McLaughlin said, “I was able to promote and pass House Bill 4772 in both chambers of the General Assembly with nearly unanimous bipartisan support, which now awaits the Governor’s signature. I am proud to have this great piece of legislation that will bring real and lasting reforms for our local taxpayers.”

“House Bill 4772 will reduce the previous requirements for County Design, Bid, and Build projects under $12,000,000. When implemented in counties across the state, the fiscal impact should be reflected by lowering costs and taxes on the county portions of our tax bills,” said McLaughlin.

Rep. McLaughlin concluded, “I only hope that more members of the General Assembly join me in the desire to pass legislation to reduce governmental spending on all levels to the benefit of Illinois’ beleaguered taxpayers.”