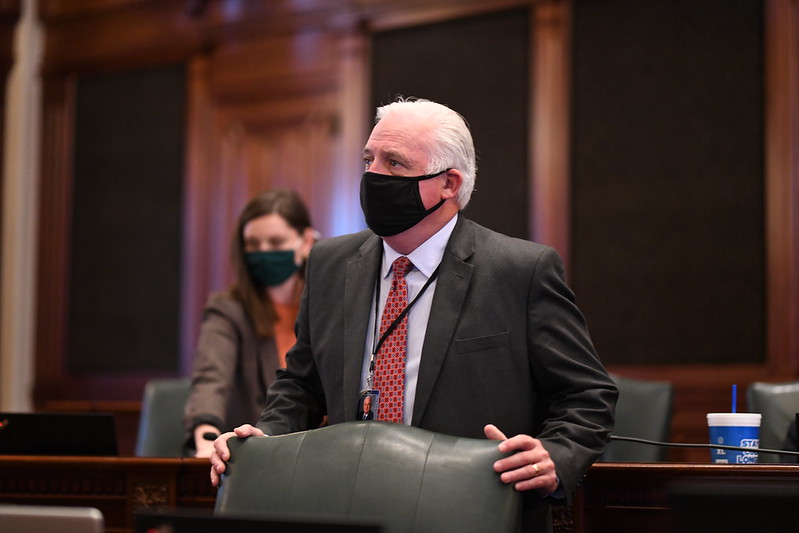 BARRINGTON HILLS… State Representative Martin McLaughlin (R-Barrington Hills) said, “I stand with 61 of my colleagues in supporting bi-partisan House Bill 636 to correct the language added into the Capital Bill the last moments of session two years ago that hiked TA Trailer fees from $18 to $118 annually.”

The House Republicans called this massive tax hike out to the Majority party the night the bill passed. The Democrats called this a simple oversight and told us to bring a clean-up bill to the House in order to correct this mistake.

Rep. Bourne filed House Bill 636 aiming to correct the oversight bringing TA trailer fees back to $18, but the Speaker is holding the bi-partisan bill in committee leaving us without the opportunity for a floor vote,” said Rep. McLaughlin

Rep. McLaughlin said, “There are ten different bills aiming to fix these trailer fee hikes that predominately effect recreational craft owners and rural homeowners that may use their trailers seasonally a few times a year. I urge the passage of this bill to bring this arbitrary tax hike back down to earth”

“January 1, 2020 marked the first year of these new fees, and the State saw 150,000 fewer trailer plates renewed in Illinois after the hike. This blanket tax and spend model of Illinois corruption must end,” said Rep. McLaughlin.